Agility from the dog’s perspective — can you see the difference? 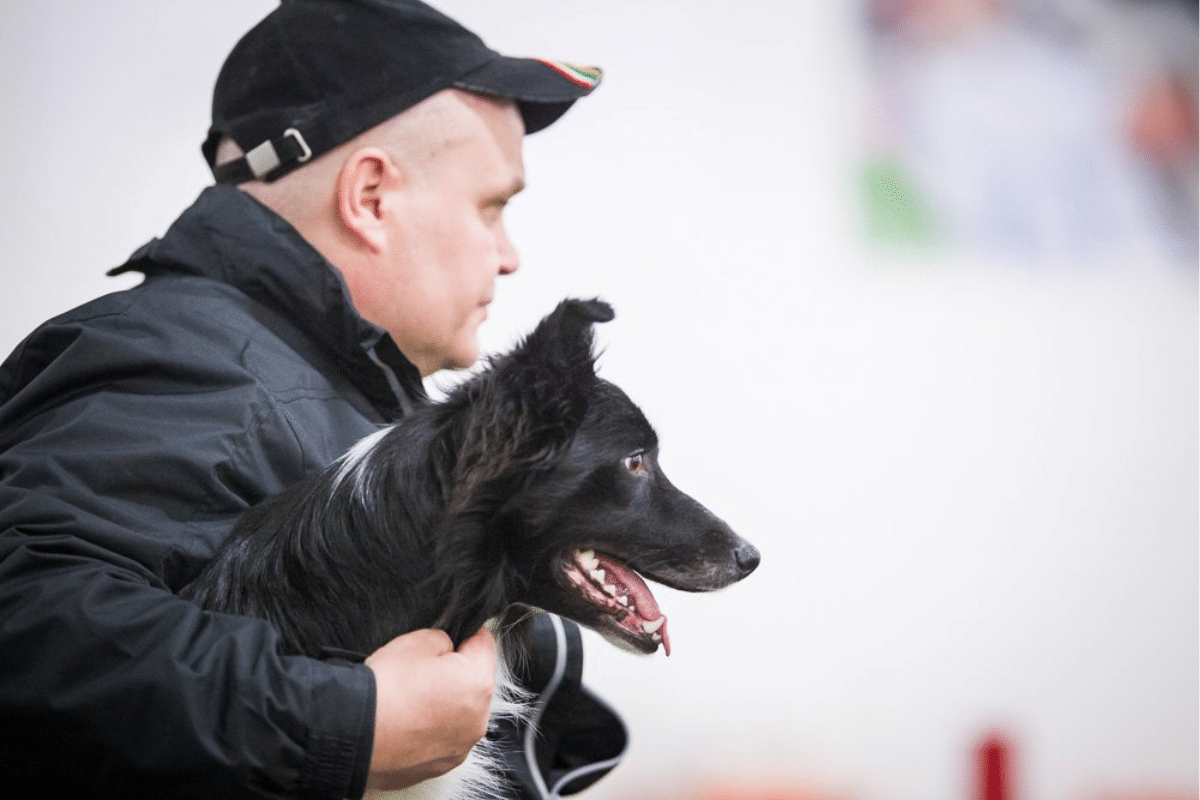 This blog post is an extra special one. A throwback, if you will. If you’re a long time OneMind Dogs Premium member, you might even remember this one on the dog’s perspective!

Over 6 years ago, OneMind Dogs Leading Coach Jaakko Suoknuuti wrote this article about the dog’s perspective vs. our human perspective.

Can you see the difference?

We humans see the world from our perspective. So we often jump to the conclusion that other species, including dogs, perceive this world as we do.

This way of thinking is misleading and even a bit dangerous. Just imagine a situation, when we handlers want the dog to perform a certain action and just once, for some reason, we don’t succeed. Even though we have taught the technique perfectly to the dog, one day he makes simple error.

Normally you would try to correct the dog and teach again, right?

Maybe not. Read this true story and see if a rethink might be necessary.

Lesson learned: Dogs see the agility course from a wider perspective than we humans do.

Some years ago I was in our agility hall with Janita and our dogs Cosmo and Zen. We really looked forward to our challenging session and to spend time with our dogs.

In picture 1, you can see part of our training map. It included following sequence obstacles, 1 and 2, and a pretty difficult weave entry, marked with 3.

Our training field of 65 square feet (20 x 20 meters) sits next to an open spiral staircase (marked in the picture; Staircase) which leads to our office and kitchen on the first floor.

So, our training was going smoothly until Cosmo unexpectedly missed the correct onside approach to the weaves. Instead, he went around the first pole and entered the weaves from the wrong side — have a look at picture 1.

In agility, the dog should enter weave poles between the first and second, so that the first pole is always on the dog’s left side at the time of entry.

To make sure that this was not just Cosmo having a bad day, Janita sent him into the weaves twice more – and he made the same error! Cosmo had never made a mistake like this before and we were totally confused.

At the time my dog Zen was quite young, but I already had more confidence in her skills than mine. So I asked Janita if I could have a go with Zen, since she also had solid weave entries.

On the first attempt Zen missed the weaves just like Cosmo! I knew her abilities, and she had practically never missed a weave entry.

So we knew that something was up. But what?

What was wrong? Why did both dogs miss the weave entry?

We figured that we needed to see things from the dogs’ point of view. And so, next we were on the ground on all fours to see exactly what the dogs saw when they landed from the second jump.

I can bet we looked pretty silly – but luckily nobody saw us crawling around the course! We were keen to find out what made our seasoned dogs miss the weave entry. At first glance everything seemed normal and then it hit me. Could it be…?

Behind the weave poles, some 6 feet away (2 meters), there was the spiral staircase with an 8 inch (20 cm) thick steel pillar (the purple pole in pictures 1 and 2). A pillar was pretty much perfectly aligned with the weaves.

At first we were sceptical. Could this pole form an optical illusion for the dogs – Did they really see the 20 cm thick pillar as the first pole?

It seemed a long shot as the pillar was pretty far from the weaves. So we set up a test, putting a tunnel on an angle between the pillar and weaves, so breaking the possible optical illusion.

Unbelievably, the problem was solved! With the tunnel changing the view of the staircase pillar, our dogs did not miss a one single weave entry.

Picture 2:  Second and successful weave entry by Cosmo and Zen

The dogs were right from their perspective of which was the first pole – luckily we realized it!

I trusted our dogs 100% and deep down knew that they wouldn’t make a simple error like this. Luckily I followed my gut; we analysed the problem and found out the reason.

As a result we understood that there was a clear misunderstanding between our thinking: humans vs. dogs.

Our dogs really saw the pillar as the first pole. So they entered the weaves just as we have taught them.

Now, think about this scenario:

If we had missed this fact and started to train the dogs to enter the weaves “correctly” from our human point of view, then our dogs would have been confused. From the dogs’ perspective we would have been telling them to start weaving between the second and third pole!

Or in the worst case scenario, we would have gotten frustrated at our dogs for missing the entrance, and forbid them for trying to do the right thing from their perspective.

So at OneMind Dogs, we teach handlers to remember that the dogs never do things wrong just for fun. They have a reason – and we need to see their actions also from their point of view, not just a human’s.

Something to think about, right?

Test your knowledge on agility from your dog’s perspective in our online quiz! You’ll need a free OneMind Dogs account, but you can get one below. 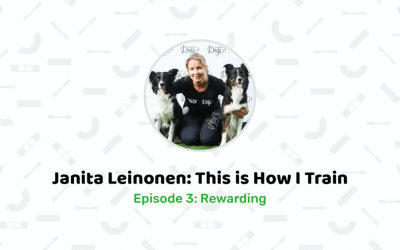 New video series: Janita Leinonen – This is how I train

We’re excited to present our new video series with the Leading OneMind Dogs Coach and the creator of the OneMind Dogs... 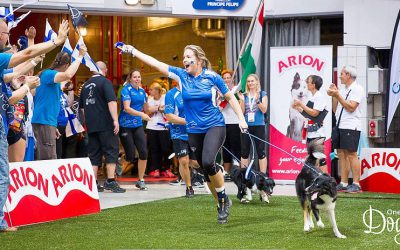 Janita Leinonen is the Agility Athlete of the Year 2019

Finnish Sports Journalists’ Association has chosen the best athletes of the year in different sports since 1946. This... 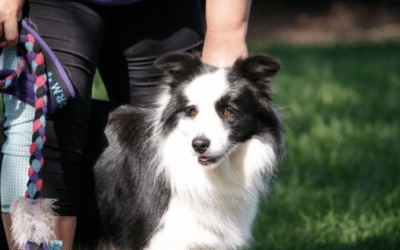 Stormy – from a stressed-out dog to state champion in agility