The OneMind Dogs public funding round is open until April 25, 2019. Investment company Lifeline Ventures - known for funding Supercell - has once again invested in OneMind Dogs. 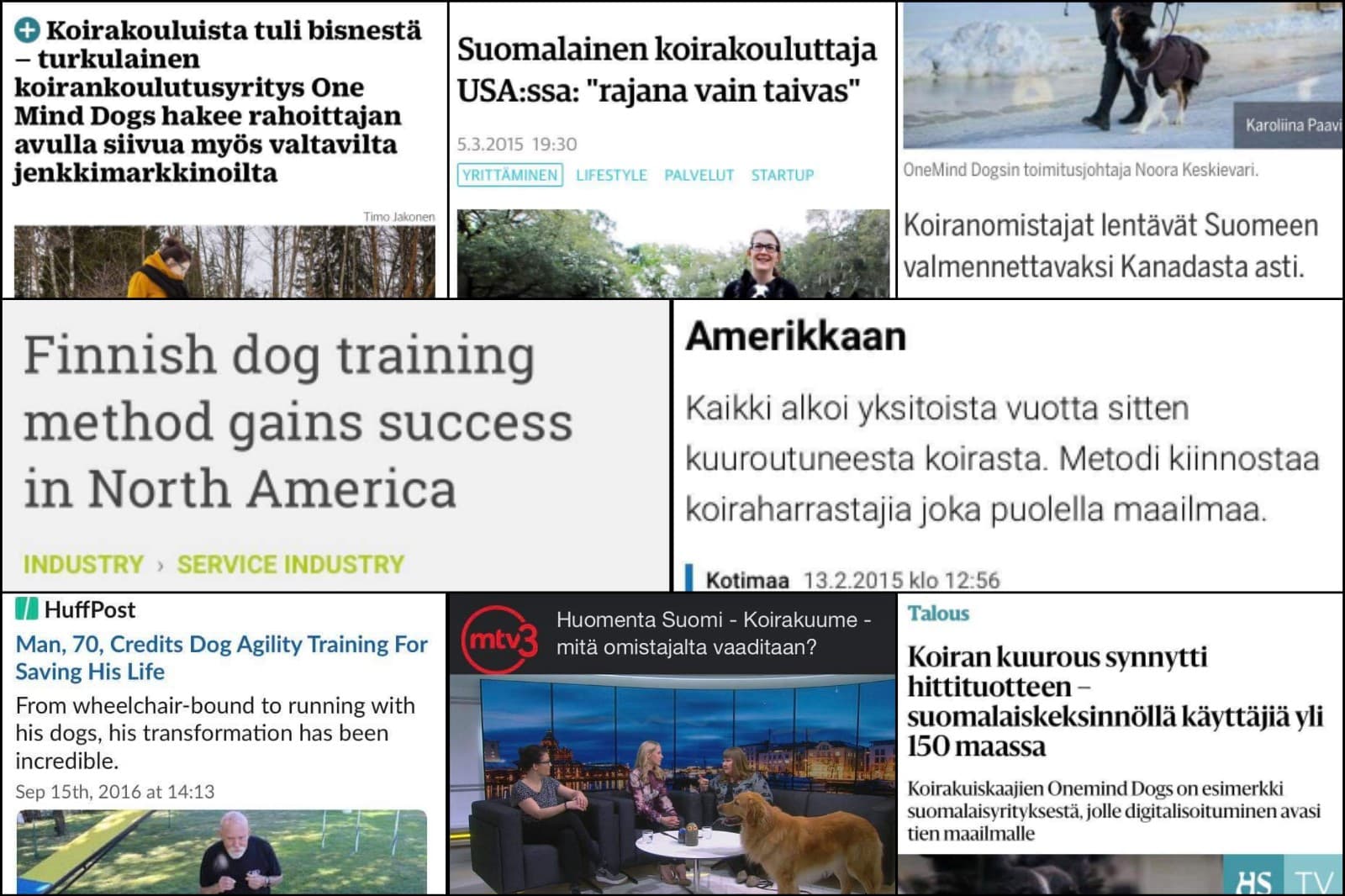 In the fall of 2014 OneMind Dogs collected exceptionally big investments in its seed funding phase. Lifeline Ventures - known for funding the gaming company Supercell - invested EUR 340K in OneMind Dogs at the time and the value of the whole investment round was approximately EUR 400K. Lifeline invested in OneMind Dogs again in the public crowdfunding campaign that is currently open on Invesdor.

Finland’s biggest national and financial newspapers wrote about OneMind Dogs’ successful seed funding phase at the time. The articles are in Finnish except for the last one: Helsingin Sanomat, Talouselämä, Kauppalehti, Markkinointi ja Mainonta and Good News From Finland.

OneMind Dogs’ public funding round peaks on Thursday, April 25th, which will be the last day to purchase company shares. This opportunity to become one of OneMind Dogs’ shareholders is unique, as it’s unlikely that a funding round targeted at small investors will happen again after the new and highly anticipated Puppy Training product is out.

The minimum investment in this public funding round is approximately EUR 350 / USD 394.

The investment round speeds up OneMind Dogs’ progress

OneMind Dogs Puppy Training will be introduced in the near future. It’s targeted at the US market, which already is the source of about 70% of OneMind Dogs’ current turnover.

“We have a clear roadmap for the future. We have for example agreed on starting a collaboration with Capital Factory which will help us to e.g. build local partnerships. Austin, Texas, is one of the fastest growing startup cities in the US and the #1 dog city! To accelerate local launch and partnerships, I am moving to Austin in the fall with my family,” says OneMind Dogs CEO Noora Keskievari.

OneMind Dogs is aiming towards the mass-market and a successful funding round will speed up the launch of the Puppy Training program.

You can see all the data about OneMind Dogs and its plans on the Invesdor crowdfunding website. Register and sign in to the Invesdor website to see our detailed future plans and financial information!

NOT FOR RELEASE, PUBLICATION OR DISTRIBUTION, DIRECTLY OR INDIRECTLY, IN OR INTO THE UNITED STATES OR ANY OTHER JURISDICTION IN WHICH THE DISTRIBUTION OR RELEASE WOULD BE UNLAWFUL.